Organising an event like BrixFest is time consuming. It takes our volunteers hours to plan and subsequently run the festival, and we think you'll agree: they do a phenomenal job!

Part of the problem with organising such a huge festival and taking on the big task of delivering it to visitors, is that you never truly have time to marvel in the work of the team, and it's very rare that you get to experience all elements of the festival. Additionally, it's near impossible to capture video footage of the event without a bit of help.

People often ask why there isn't a promo video of BrixFest...Well, now there is!

We were approached by Craig and the team at Up & Away Vision, an organisation in Paignton, Torbay, who fly drones commercially. Immediately it was clear that both Up & Away Vision and BrixFest shared the same goals and community spirited ethos - and that a partnership could be formed to the benefit of both organisations.

An agreement was made, and since that first meeting the committee have been nothing but astounded by the professionalism and positive attitude shown by Craig and his team. At the end of a gruelling three full days of filming at BrixFest 2017, and hundreds of gigabytes worth of editing, they produced this film - BrixFest 2017 From Above.

We're incredibly impressed, thankful and proud of such a beautifully created video - our heartfelt thanks go to Craig and Up & Away Vision for their hard work and dedication. Here's to making 2018's video even better! First, the small matter of planning a festival... 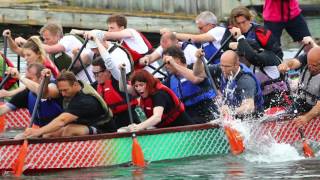 The BrixFest 2019 Programme has landed!